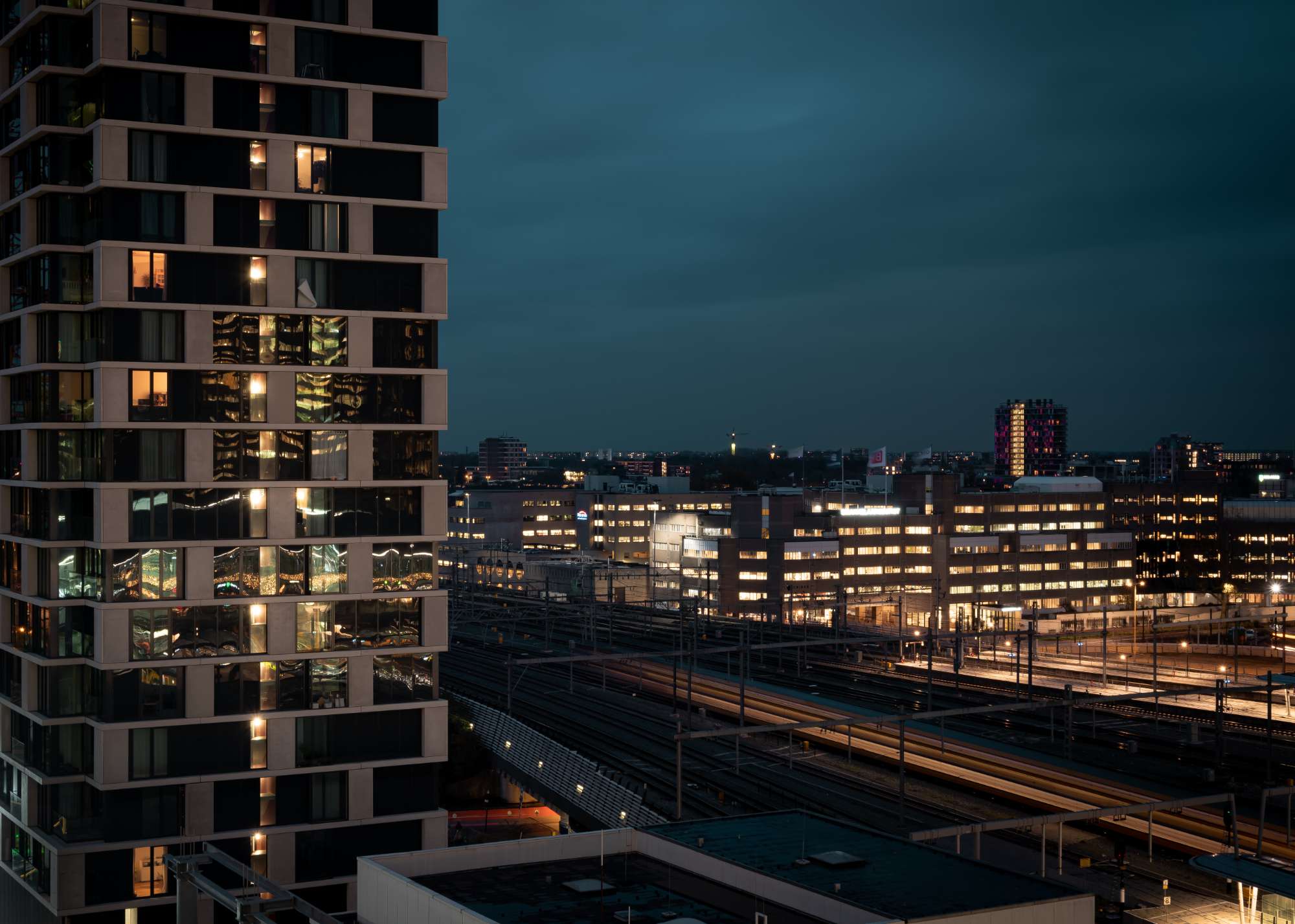 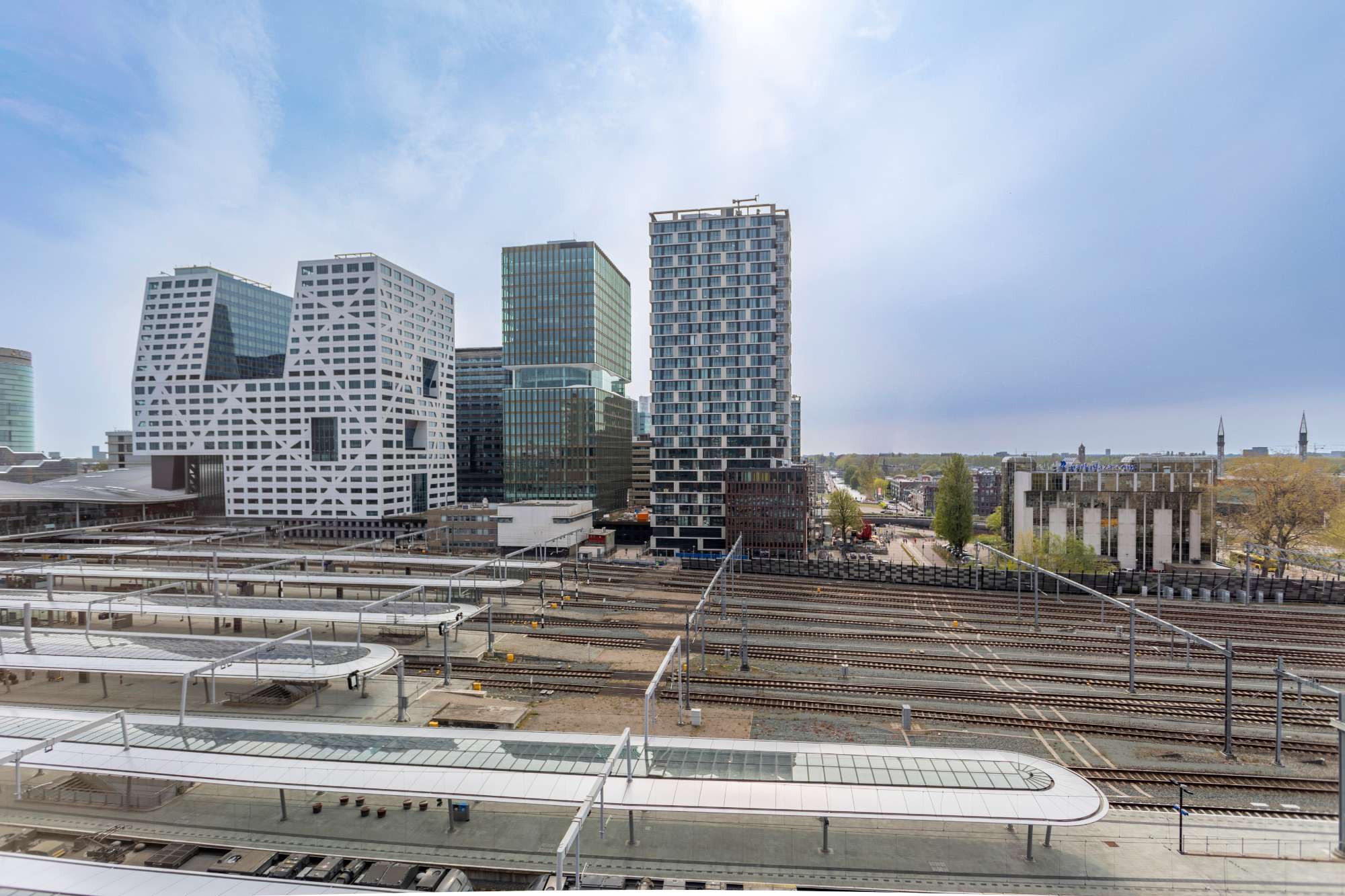 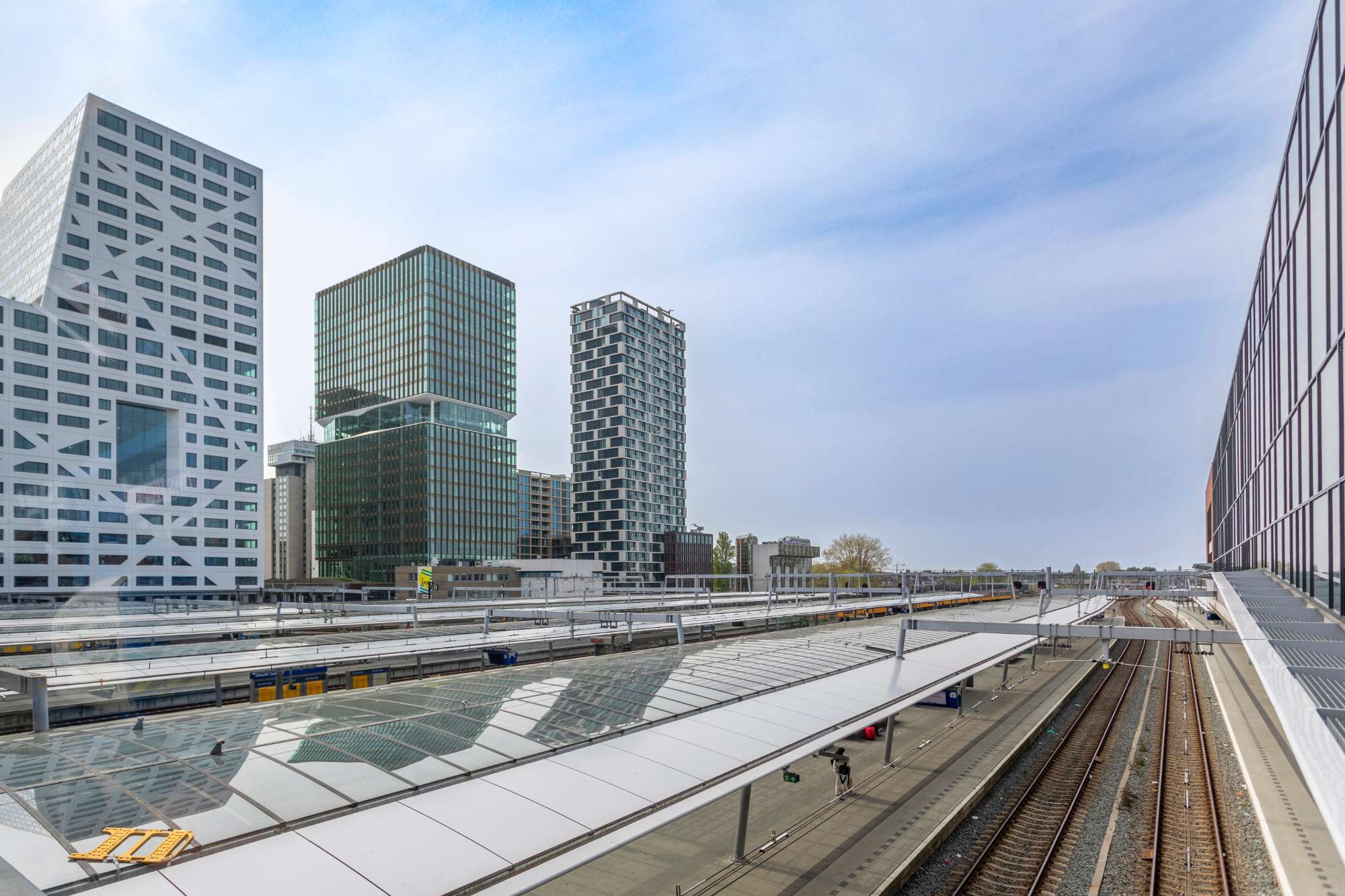 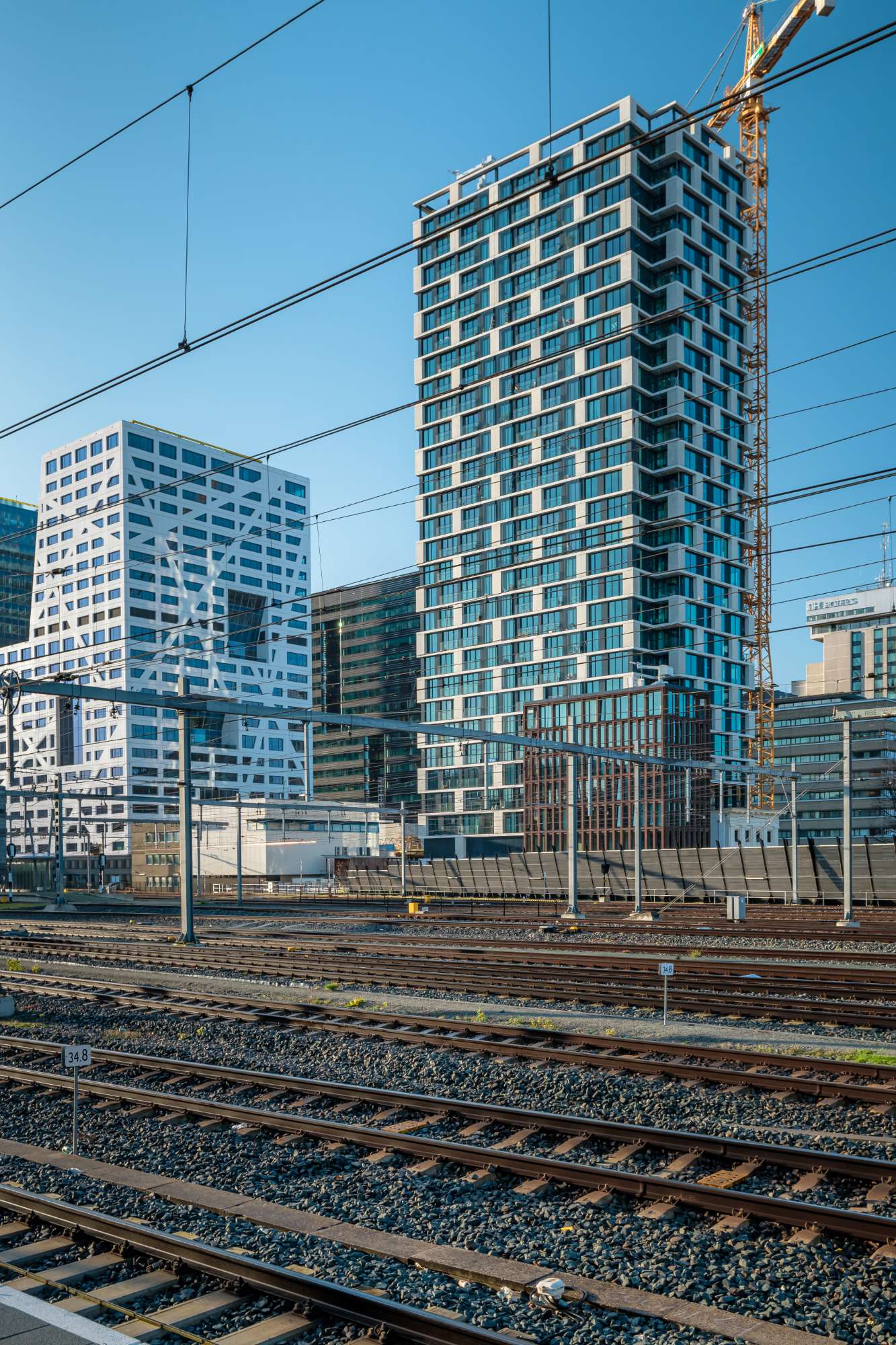 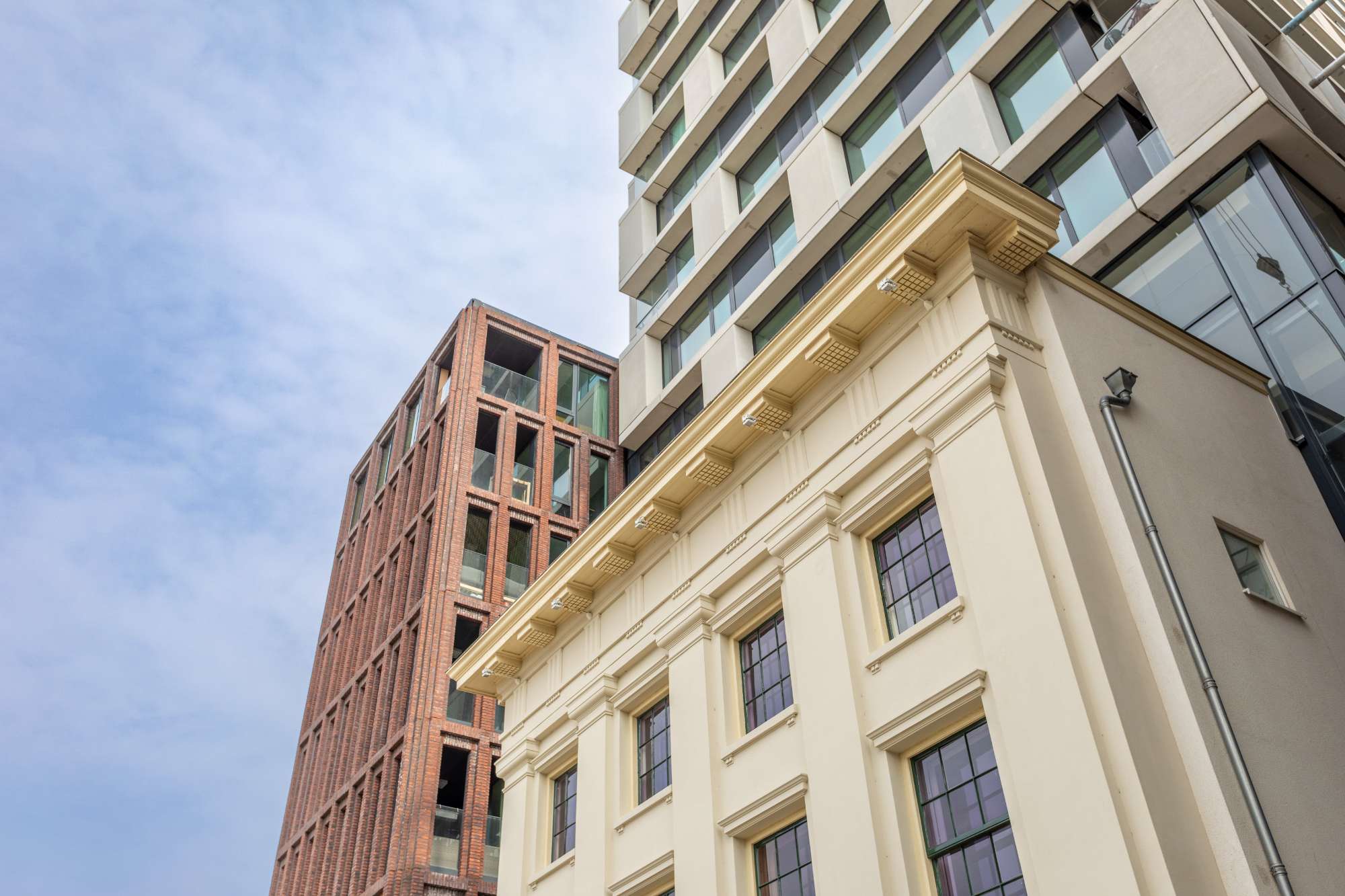 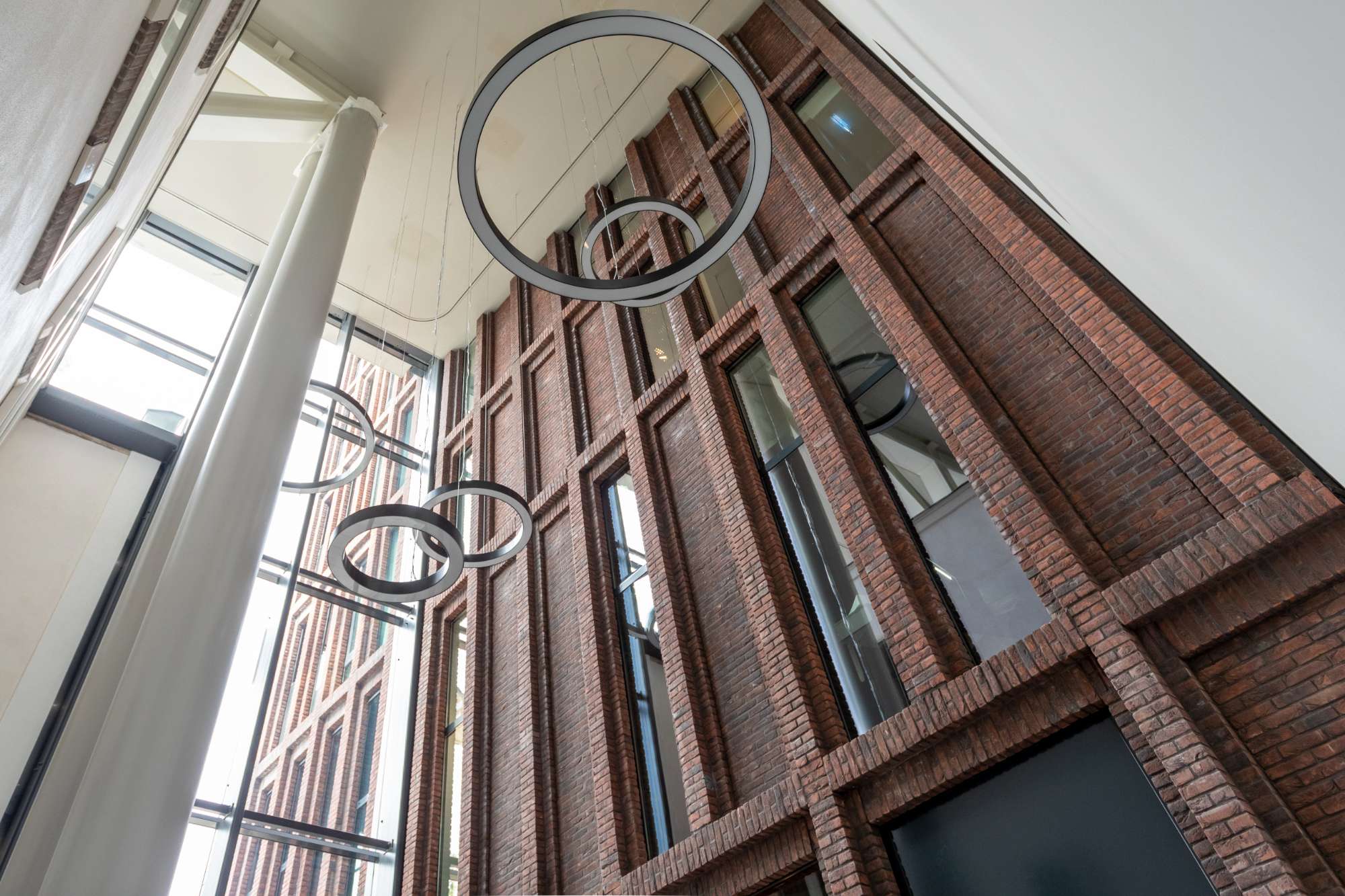 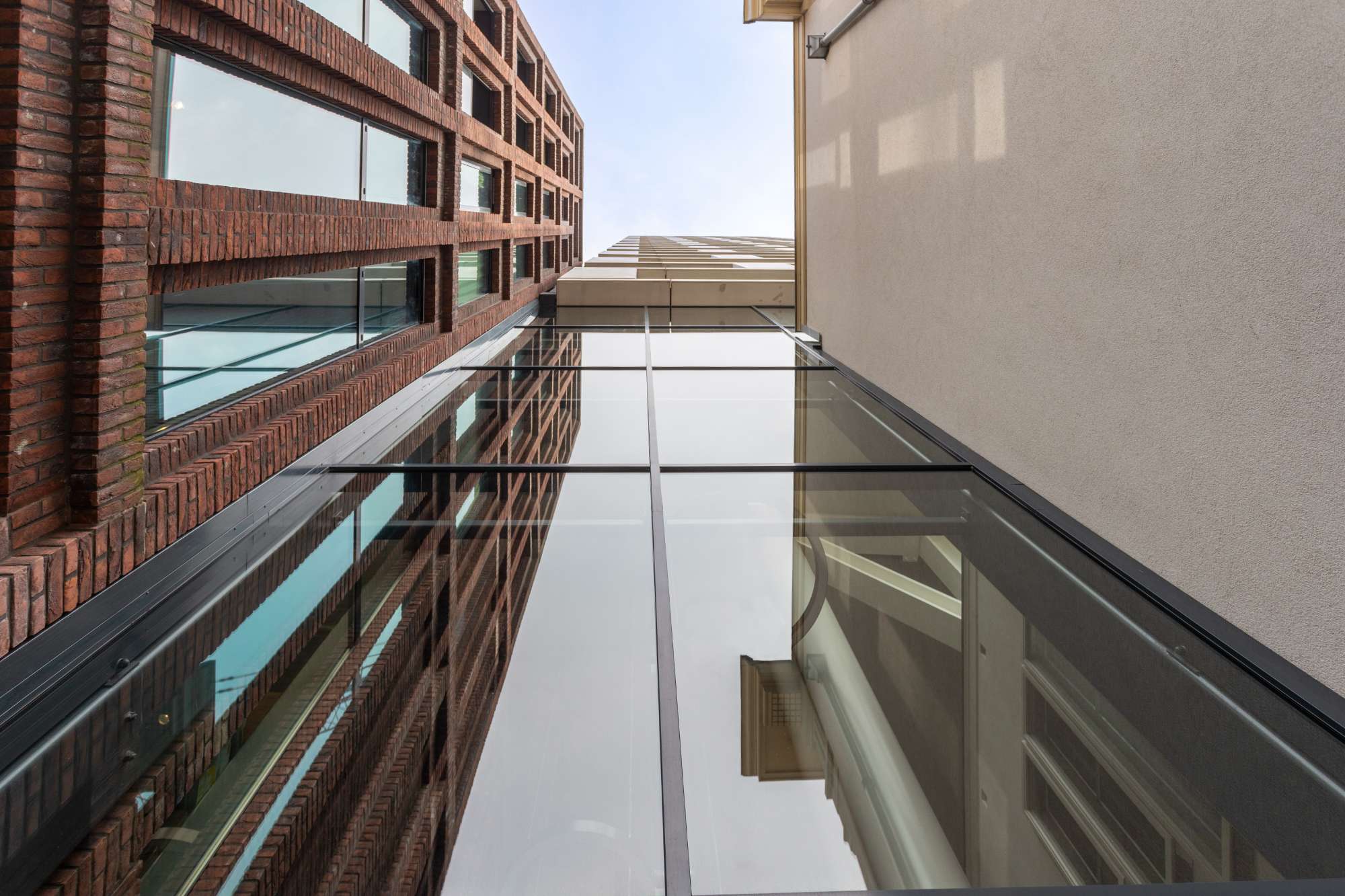 Here, next to the recently built Utrecht City Hall (SKU, Stadskantoor Utrecht) and basically at Utrecht Central Station, the busiest train hub in the Netherlands, a 90-metre residential tower will host 270 dwellings. On the roof, a common roof-top for all residents has been created with an exceptional view over the old town of Utrecht and its surroundings.

The project marks the beginning of the new Sijpesteijnkade with commercial functions on the ground floor and apartments above. A wide staircase connects Sijpesteijnkade, the Forum quay, the upper plateau, which is on the same level as Utrecht Central Station and the entrance to SKU. An old listed building, built in 1912, has been integrated in the design. It keeps its own entrance on the quay, and will now also be accessible through the new entrance hall.

Given the noise-sensitive area of the project, a facade was designed that will cope with all different acoustics coming from the neighbourhood (rail tracks next to the project, among others). OZ have designed an appealing city centre high-rise residential tower, which will serve as a landmark for this buzzing location.

West Flank Noord 3A has been sold to Amvest Residential Core Fund. 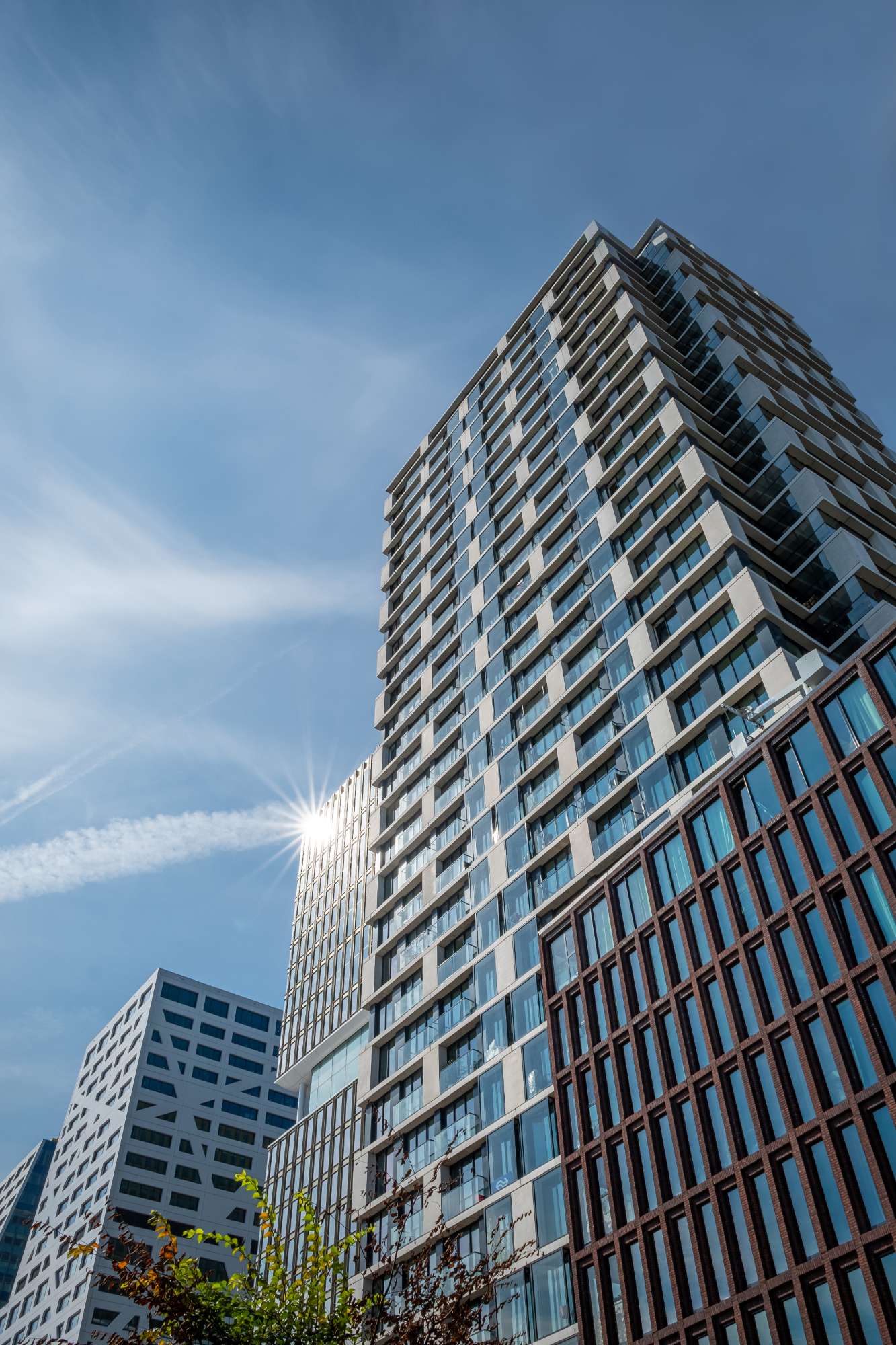 category
Residential
Gross floor area
approx. 21.000 m²
Program
270 dwellings
Architect
OZ
Partner
Volker Wessels
Investor
Amvest residential core fund
< previous project
next project >
About
Projects
follow our news
This website uses cookies. We use cookies to ensure that we give you the best experience on our website to personalise content and adverts and to analyse our traffic using Google Analytics.Accept